Bandon Athletic Club was founded in 1964 and so is celebrating its 50th anniversary in 2014.
This will be marked with a number of events.
– Firstly, there is an Open Night in the Lodge Bar on the 30th of Jan, this was the date that the club was formed in the old Boys Club on North Main Street, so a number of past and current members will be meeting at that spot (opposite ChristChurch) at 7:50pm and then proceeding to the Lodge for 8pm. The open night is open to all current and past members
—- Brief report on the Open Night
– There will be an article about the club in the Fit magazine which is with the Irish Independent on the 30th also.
– There will be an article about the club in the Feb edition of the Opinion magazine also.
– There will be a launch of a book which details the club history later in the summer.
– Club will be hosting an Open Sports in the Town Park in Aug, more info on that closer to the date.

Founder Members of the club who were present that fateful night 30th Jan 1964. 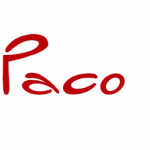