At the SIAB International Games in Wales last weekend we had two of our athletes competing. Lauren McCourt and Nicola Tuthill were Chosen to represent Ireland as a result of their excellent performances in the Schools. Lauren placed fourth in the 200m and received silver in the 4x100m relay. Nicola narrowly missed out on a medal, placing fourth in the hammer. Well done to both Athletes and we are immensely proud of you!

Bandon AC/Fit4Life members were out in force last weekend taking part in ‘Make your Mark on Cancer’ charity walk. Well done to all. 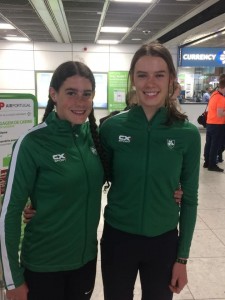 Nicola Tuthill and Lauren McCourt who competed in the recent SIAB international games in Wales. Representing Ireland, their club and their respective schools. 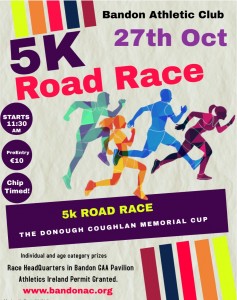